The Ontario Ministry of Transportation has awarded Ferrovial Services two contracts to provide operation and maintenance services on roads in Ottawa and York (Greater Toronto), worth a total of 200 million euro. The contracts, spanning seven years, will enter into force in the second (Ottawa) and third (York) quarters of 2019.

In Ottawa, Ferrovial Services will maintain 1,844 kilometers of roads, including highway winter maintenance, such as operating a fleet of more than 70 snow plows. In York, in addition to routine maintenance of a 900-kilometer road network, it will operate more than 50 snow plows. The roads covered by these contracts are in the vicinity of the 407 ETR, operated by Ferrovial toll road subsidiary Cintra, a concession which this year celebrates its 20th anniversary. 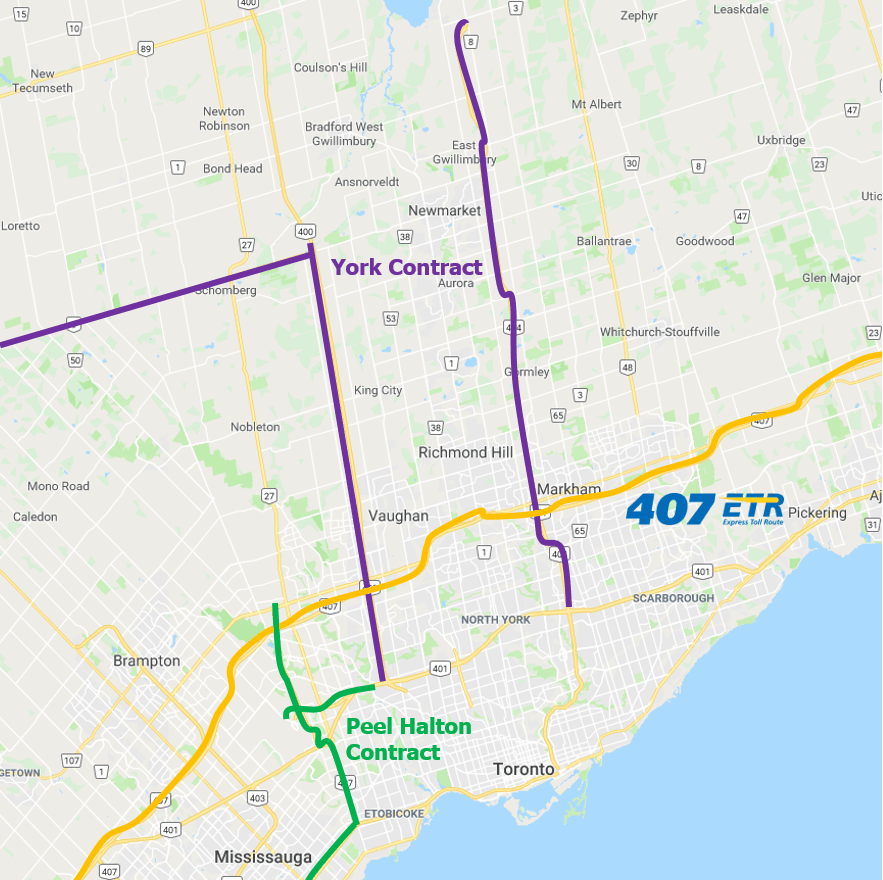 The roads covered by these contracts are in the vicinity of the 407 ETR, operated by Cintra


These new contracts strengthen the position of Ferrovial Services as a leading service provider to the Ontario Ministry of Transportation. By the end of 2019, the company will be in charge of maintaining more than 4,600 kilometers of roads in Ontario. In addition to Canada, the subsidiary also has a strong footprint in the United States, where it operates in Alaska, California, Colorado, Florida and Washington DC. Download - Press release